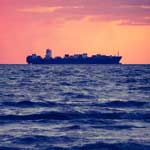 A maritime arbitration is any arbitration which has some relation with a ship, whether it be the carriage of goods or passengers by sea, or the sale, building or chartering of a vessel.

A maritime arbitration is any arbitration which has some relation with a ship, whether it be the carriage of goods or passengers by sea, the sale of a second-hand ship, the building of a new one, or the chartering of a superyacht or offshore support vessel.

With its variety and range, maritime arbitration is the quintessence of international commercial arbitration. It falls squarely in the definitions of ‘international’ and ‘commercial’ in Article 1 of the UNCITRAL Model Law and it is found all over the world, in institutions as well as in its traditional ad hoc form.

Despite its centrality in international commerce, its scale and diversity, maritime arbitration often finds itself marginalised in gatherings of arbitration practitioners and confined to footnotes in textbooks, learned articles, surveys, rules and guidelines. See my ICMA XX 2017 paper, Regulation of arbitration: where it comes from, who it is for, and its impact on maritime arbitrators.

It has been used for centuries, even millennia. Venice, Genoa, New York and Paris (where I practised in the early 1990s) have all been significant centres at one time or another and the latter two remain active. Singapore (where I am a member of the SCMA panel) is looking to become an important seat in the 21st century.

London remains the most popular seat for international commercial arbitration in shipping disputes. Its large number of cases creates a virtuous circle of expertise, certainty, and cost effectiveness.

Arbitrators who deal with maritime cases in London will often do it full-time or will have other occupations which do not conflict with that activity. It is extremely rare for them to be partners in law firms. Many still come from professions outside the law. Diversity of profession and background can be valuable on arbitral tribunals but it is increasingly under threat, notably in non-maritime commercial arbitrations. See my presentation, Non-lawyer arbitrators: an endangered species? (Powerpoint presentation).

Every two or three years, maritime arbitrators and other participants in maritime arbitration from around the world gather for the International Congress of Maritime Arbitrators (ICMA). I reflected on ICMA XX in Copenhagen in September 2017 in my LexisNexis Blog post ICMA 2017: if winter is coming the answer is hygge. I quoted Lord Mustill who delivered the first Cedric Barclay lecture at ICMA X in Vancouver in 1991: ‘The voice of maritime arbitration is not heard as it should be. Too little is said to those who ought to be listening, about its practices, its importance and its theory.’

At ICMA XXI in Rio de Janeiro in March 2020, my paper ‘Ad hoc arbitration and its enemies’ was well received. It discussed the diversity of maritime arbitration worldwide. A copy of the paper can be downloaded here. An updated and edited version was published in the CIArb journal, Arbitration, 86, no.4 (2020), pp536-551 download here (download with permission of the publisher, Kluwer Law International).

I was delighted to be invited as a guest speaker on the Arbitration Station podcast for an episode entitled ‘The Maritime Arbitration’. Click here to listen to the podcast.

As an Aspiring Full Member of the LMAA, I accept appointments under its Terms and Procedures from parties and from the President of the LMAA. I was privileged to serve as the LMAA’s Honorary Secretary from September 2021 to September 2022.

I was delighted to be appointed Co-editor (Arbitration) of Lloyd’s Maritime Law Newsletter (LMLN) in July 2022. In this role, I write and edit anonymised summaries of London maritime arbitration awards. 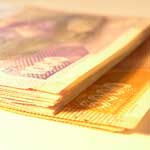 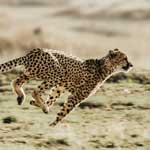