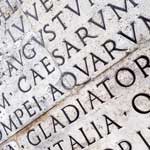 Arbitration where a contract does not specify an administering institution is known as an ad hoc arbitration and is the preferred option in certain sectors.

An arbitration clause in a contract may provide for arbitration in London without specifying an institution to administer the proceedings.  If so, this will be an “ad hoc” arbitration, which will be conducted under the Arbitration Act 1996 with the Commercial Court in a supporting role. See my blog post, Ad hoc arbitration: a quiet majority.

It is open to the parties to an ad hoc arbitration to agree on a set of procedural rules to govern their arbitration.

Parties may also choose an institution as an “appointing authority” whether pursuant to the UNCITRAL Arbitration Rules or otherwise.  It is then the institution, not the courts, which could:

In London, the LCIA (see below) is frequently appointed to carry out such functions in ad hoc arbitrations, sometimes on the recommendation of an arbitral tribunal after it has been appointed: www.lcia.org/Dispute_Resolution_Services/LCIA_Services_in_adhoc_proceedings.aspx

Having served as Registrar of the LCIA for four years, I am familiar with the services it provides to parties in ad hoc arbitrations.

An arbitration clause may, instead, provide that the parties’ dispute will be submitted to an institution for determination under its own rules.  In addition to all of the functions of an appointing authority listed above, the institution should:

Users of institutional arbitration are sometimes unaware of the extent to which ad hoc arbitration is preferred in certain sectors, such as shipping.  See my blog post on silos in arbitration: blogs.lexisnexis.co.uk/dr/the-silo-effect-in-arbitration/

Commercial parties deserve choice. It is essential that ad hoc and institutional arbitration be allowed to thrive and develop alongside each other. Regrettably, ad hoc arbitration finds itself increasingly under attack by governments, university law schools, the media, and others. Unjustified claims are made for institutions' superiority and thought leadership. See my ICMA XXI paper, Ad hoc arbitration and its enemies, in which I called for the international commercial arbitration community to demonstrate solidarity and ensure that the voice of ad hoc arbitration was heard.